Trust and transparency is important to us.

It takes a lot of work to build, maintain, and improve a site like this and all the wonderful content you're about to enjoy. We and third parties use tech like cookies to make this happen.

By continuing, you consent to the use of these technologies, and affirm you're at least 16 years old or have consent from a parent or guardian. 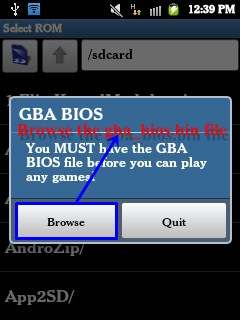 GBA BIOS - Get Rid of All Issues While Playing Games

The Game Boy Advance or GBA for short is the successor to the original Game Boy line which hit the market 18 years ago. The greatest benefit of this solution is that it added an ARM7-based 32-bit CPU to the Z80-based 8-bit CPU which the previous models had. As a result, the new solution became compatible with Game Boy and Game Boy Color software library.

Today, you can’t play some games without GBA BIOS. For example, if you are playing games in VBA or you use any other GBA emulator, you will get a message, which notifies you that there’s one problem related to the bios. To solve it, you just need to download and install GBA BIOS on your computer.

What Is a GBA BIOS File?

You need to know that BIOS (or basic input/output system) is a software product, which is used by a computer’s microprocessor in order to get the system started after you switch it on. It can manage data flow between the operating system and some attached devices including video adapters, hard disks, a printer, mouse, etc.

BIOS can help improve performance of the game. It is recommended to use it when your games aren’t running well enough.

Gameboy advance BIOS emulator comes with a default GBA_BIOS.bin file, which allows you to enjoy the game.